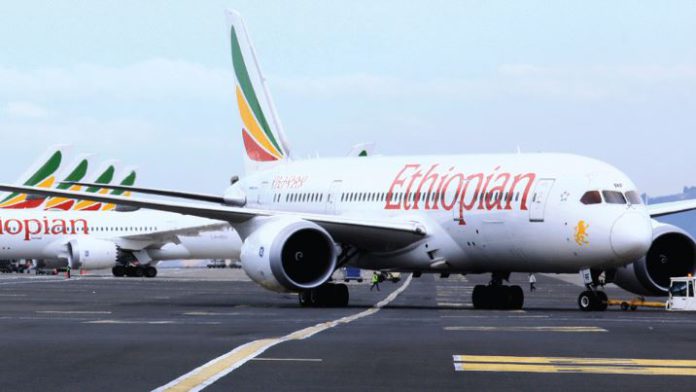 Africa’s biggest airline, Ethiopian Airlines, has started to lay off its workers, including crew members in response to the devastating impact of the coronavirus crisis on the global travel industry.The decision to lay off workers and send most of them on mandatory leave, some on paid and others on unpaid leave comes as the airline is under pressure to cancel flights to nations that have been greatly impacted by the Coronavirus.The airline had reportedly promised to offset losses caused by Covid-19 with an increase in cargo flights and aircraft maintenance. This led to a presumption that employees were not at a risk of being laid off at such a large scale, but it seems the impact of the virus has caused unforeseen circumstances to prevail.

The airline is thought to be terminating the contracts of temporary employees while permanent staff members are being asked to take all their annual leave and up to 90 days of unpaid leave.“Most of us are being forced to agree to a three-month leave without any payment with little option,” a full-time hostess who spoke to Quartz Africa on condition of anonymity said.“If we don’t agree, we have been warned that would be considered as if we have abandoned our jobs at our own will and there will be no employment guarantee once the crisis is over.”

Hokey religions and ancient weapons are no match for a good blaster at your side, kid. I find your lack of faith disturbing. The more you tighten your grip, Tarkin, the more star systems will slip through your fingers. As you wish. 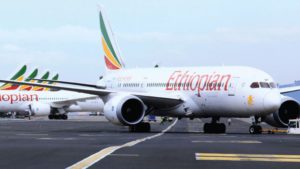 Thanks for looking at our theme

A letter forwarded to the airline’s employees says that due to reasons beyond the company’s control, staff are no longer required to report for duty until the resumption of normal operations.“The company does not opt for the termination of your employment contract by now and rather we found it plausible to grant you annual leave and leave without pay for specified duration,” the letter reads.

“Hence, as per our discussion and consensus reached thereof you are hereby granted 90 consecutive days of leave without pay which will be in effect from April 03, 2020 to July 2nd 2020 after you exhaust all accrued and prorated vacation days”, the letter continues.Ethiopian Airlines, in a response to Quartz Africa, says it has laid off only contract employees under an agreement made with their recruitment agencies. All the local flight crew members are hired by the airline directly while custodians and support staff are recruited from agencies as per need request and did not address the issues with flight attendants.“As our flights to over 87 destinations suspended and over 80 of our fleets are grounded, we have instructed some of our workers to take a paid leave,” said the airline’s statement.Over the last decade Ethiopian Airlines has built itself into Africa’s primary airline and made Addis Ababa the key hub for the entire continent, overtaking Dubai in the process.Although all airlines face a tough time ahead, those with a large share international routes face additional challenges as most countries have locked down international travel due to the Coronavirus pandemic.

As of April 7, 2020, Ethiopia has recorded 52 positive Covid-19 cases,4 full recoveries and 2 deaths.The airline grew rapidly over recent years investing in aircraft leases, terminal expansions, and network changes. However, the airline’s fatal Boeing 737 MAX crash last year marked the start of a difficult period.While the crash led to the eventual grounding of the 737 MAX aircraft around the world, the airline’s own safety record was also called into question. Some even said the airline was sacrificing safety standards in order to facilitate growth. Ethiopian was relying on its order of 25 MAX aircraft to allow for further growth.

President Biden Gives an Update on Taking COVID-19 Precautions During the...

ABOUT US
KETO-FM is a FM radio station branded as "KETO 93.9 FM". The station is operated by ECTV, Inc broadcasting an international multicultural music format. This station is licensed to Aurora, Colorado and is broadcasting to the Denver, Colorado area

In Aurora, CO where KETO-FM radio station is based out of, there are over 130 languages spoken in our immediate community. KETO-FM’s target audience are people who speak these languages including immigrants living in Aurora & metro-Denver area.

The Aurora Municipal Court has ordered that all of its jury...